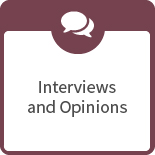 San Francisco-based BRIDGE Housing was already a top developer, owner and manager of affordable housing on the West Coast when it decided to obtain a credit rating from an independent rating agency.

BRIDGE first earned a rating in 2015 as part of its five-year initiative to double its production of affordable and mixed-income housing, then it had its rating renewed by Standard & Poor’s Rating Services in 2016. Ultimately, BRIDGE believes, its A+ credit rating will help it tap new sources of capital.

We asked D. Valentine, BRIDGE Housing’s CFO, to detail the process of obtaining a rating and offer insights that might prove helpful to other housing agencies in pursuing one.